I would very much love to either mimic or scan and design a mural based on the Voynich Manuscript.

The Voynich manuscript is a handwritten book thought to have been written in the early[1] 15th century and comprising about 240 vellum pages,[notes 1] most with illustrations. The author, script, and language remain unknown: for these reasons it has been described as “the world’s most mysterious manuscript”.[2]

Generally presumed to be some kind of ciphertext, the Voynich manuscript has been studied by many professional and amateur cryptographers, including American and British codebreakers from both World War I and World War II. Yet it has defied all decipherment attempts, becoming a historical cryptology cause célèbre. The mystery surrounding it has excited the popular imagination, making the manuscript a subject of both fanciful theories and novels: numerous possible authors have been suggested for it.

In the end, this manuscript dates to the 1500s. I think the imagery is unique because of its out-of-time creativity and its mystery.

If these images were scanned/redrawn at a larger scale, and printed as a wall mural, the mystery would become larger than life, and become a puzzle to be solved! I can’t think of a better dining room /restaurant topic to discuss than these insane/genius rambings.

Take a look at some of the illustrations:

What would it take turn Voynich images into pleasing murals?

Being that the images are hand drawn on paper dated to the 16th century, we’re not starting out with a lot of detail.  So, the scans and images that are generally available now would likely be the best we’re going to get.  The murals would be best created if the various illustrations were composited together and the ‘text’ removed.  Because the purpose is to create a mysterious dinner topic, and not pure research — some image touch ups, and simplifications could be included.

Depending on the room size, I would guess about 2 hours per linear foot of wall space would be required to design a mural/murals.  Would I do it for a customer? Gladly!!

I came across the work of Barbara Harmon.  She is a mural artist who specializes in drawing animals.  I must say, she has much more skill than I have, or at the very least, MUCH more time!

She created a series of blog posts outlining her work for Assabet River National Wildlife Refuge– the mural that I like is the night time mural.  Very dark in its design, the mural is installed with spotlights on specific elements of the piece- increasing the highlight of target areas – in this case, night animals.  At the link you can see all the details close up.

Often times you have to work around light, audio, plumbing and security features of a wall when considering a wall mural- but in this case she uses light, and (if you read) sound to augment and bring the mural to life.

Looking for inspiration for a project, I came across an interesting mural designed with repeated patterns, torn paper edges and christmas colors.  No, its not Christmas Morning, but I can see the inspiration there!

Given, these murals were installed at a music hall in Brooklyn, and have another theme – which is authoritarian regime, but still – its all how you want to see it, and what you WANT to see opened at Christmas – NOT what you actually get.

If you want a wall graphic to be installed for just one season, consider printing on regular wall paper and having a wall paper hanger install the mural for you in a short afternoon.  A seasonal, short term wall graphic can act as a focal point for other decorations – depending on the target holiday. 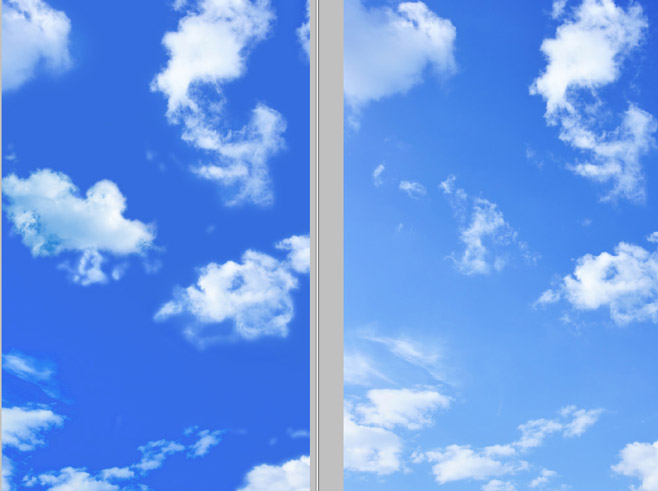 If you’ve ever walked some of the indoor malls in Vegas, especially Cesar’s, you can see well done sky murals- all one color blue  with clouds painted over top.  You can get this same look and feel. (OK ok, maybe I’m dating myself- because I’ve not walked THAT particular mall in over a decade and not sure if its there).

When developing a mural intended for a ceiling, its certainly tempting to grab the freest sky image you can from any of the image sites, or, possibly cheaper, just take a picture yourself.  The problem with this method is the variation of the sky color from east to west, or north to south.

While this may not seem to be a ‘big deal’ it can make your ceiling mural look washed out, and, depending on the lighting, very unnatural.  It is my suggestion to either find the most atonal image possible for a sky, or replace the blue sky component altogether.   Depending on the amount of time you want to spend on it, and the desired clouds, you output/color/whispiness  quality can vary.

Take one from the opulence of Cesar, and start with a fixed blue sky, and go from there.

Vectored, Fleur-Like patterns are certainly popular right now.  Taking a fleur that you might see in the most intricate designs of a wallcovering pattern and enlarging it is relevant to today’s wide format graphic design, but it is not all that creative.  Let’s try something new.

For this mural, sized 14,400 x 7,200, I have painted over a fleur-ey tree that I had lying around with the same style as the Thinking Man from the previous image created.  The result is an imperfect, exciting pearl of an image. The bubbly effects, coupled with the organic nature of the subject matter is fun, exciting, and new.

This image is highly layered, and can be edited for color, size, and composition. 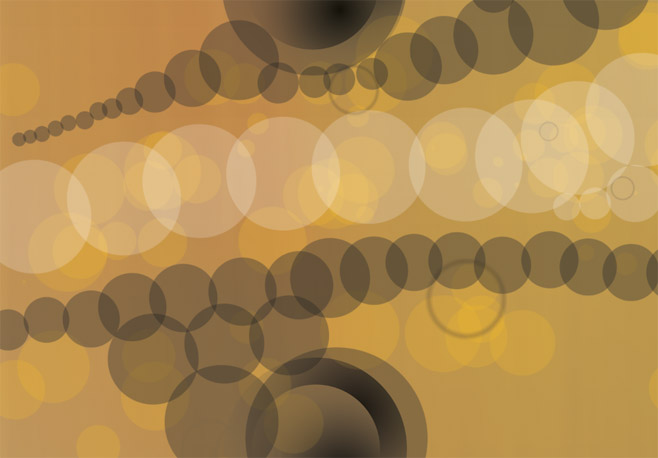