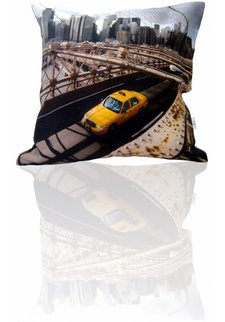 Now I don’t look over the pond very often, but when I do, it’s usually for good reason. TEO JASMIN , a Paris interior design company, has set themselves apart from their regular competition with a unique twist on digital printing.

I do believe that their use of digital printing makes the objects that are found in a room, whether it be a chair, a pillow, or a throw, as something to be stared at.

Can’t you see having your next party and having your throw pillows be the topic of discussion? Ha! 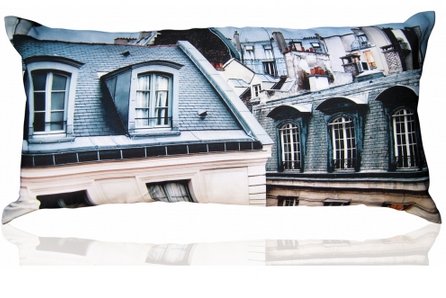 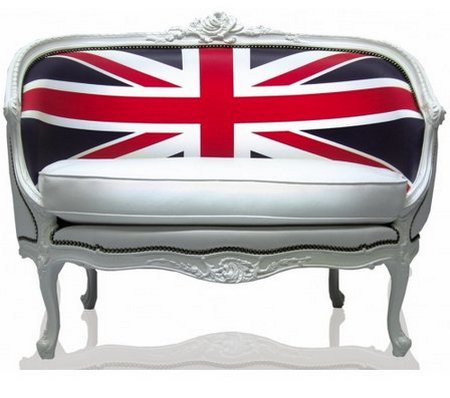 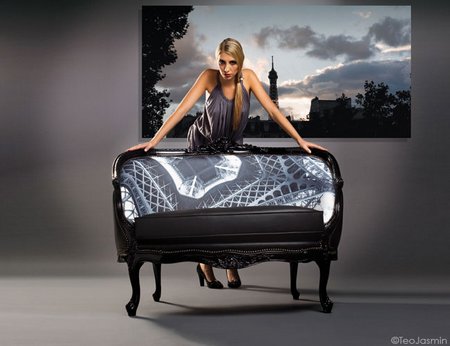 A spectacular “cosmic eye” has been photographed in space by a telescope in Chile, showing a distant nebula in which sunlike stars are burning themselves out.

The image of the Helix nebula, which lies 700 light years away in the constellation Aquarius, was captured with the Wide Field Imager instrument at the La Silla Observatory high above the Atacama Desert.

Already amazing in color and already resembling the human eye, when duplicated, it has an incredible resemblance to the human face.

This very high resolution image would be excellent for police stations, or anywhere else where big brother may be watching. Then again, maybe it’s better for a church. This image can be produced at up to 10′ high, by up to 40′ in width.

The occasional wallcovering job will bring you face to face with a measurement nightmare.

This isn’t your momma’s dainty flower design that you can hack together in the corner above the door.  You have to be dead on to please the customer.

What do you do? END_OF_DOCUMENT_TOKEN_TO_BE_REPLACED

Because of the materials involved and the printing process, occasional problems arise in digital prints that are due to material shrinkage.

How does this happen? – Wallcoverings are fabric backed, but can still stretch under normal conditions (a very small amount).  When heated, as when under an ink jet printer, and pulled taught between rollers, some stretching occurs.  This minimal amount is usually only 0.25% or less.   When cooled, the wallcovering material is usually not pulled taught (as on the take-off of the ink jet printer) and returns to its actual size. –This means that the printed design is now 0.25% smaller than it was intended to be.

0.25% shrinkage, big deal, right?  I’ve had customers deal with high height projects (40′ heights in a casino) that had shrinkage of nearly 1.5″.  This is a BIG deal for if you are matching other architectural components. END_OF_DOCUMENT_TOKEN_TO_BE_REPLACED

In 1787, the painter Robert Barker opened an exhibition in Edinburgh which was to have a major impact on the nineteenth- and twentieth-century entertainment industries. It featured a panoramic view of the city of Edinburgh painted around the inner wall of a rotunda which, viewed from the center of the room, gave the spectator the illusion of reality.

During the nineteenth century, panoramas and related forms of visual illusionism–dioramas, moving panoramas, peep-shows–became an early form of mass entertainment in European and American cities. 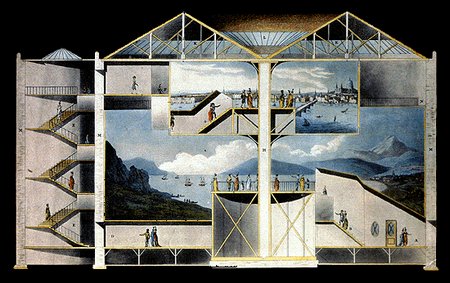 The panoramic view itself was far from new. Panoramas are at least as old as the Bayeux Tapestry, and artists had been painting bird’s-eye views of cities long before the invention of manned flight made them a reality. What was new was the idea of putting the painting into a circular room and attempting to deceive the eye into believing that it was looking not at a painting, but reality itself. The history of panoramas is closely interwoven with that of photography throughout the nineteenth century, each playing an important part in the other’s development.